Last Sunday, I had the opportunity to listen to an amazing sermon on the Gospel of Mark.  Among other things, John Mark covered the part of the narrative where Jesus' disciples argued about who was the greatest.

The illustration extended to modern economics and business.  The fact that you and I are always looking at those ahead of us.  Those farther along in their careers.  Those with more money.  A faster car.  A bigger house.

We always look ahead; rarely (if ever) do we look back at those behind us.  When we do, the sentiment is usually along the lines of "thank goodness I'm not still there."  An equally damning concept to the covetous thoughts we hold towards those leading the charge.

Often, we look forward at those ahead to help build a personal definition of greatness - and then we chase after that with all our might.  This is not a bad thing.

It is when our definition of greatness becomes tied to achieving that target - which is often a moving target - that our once noble pursuit becomes corrupt.

The part of the sermon that spoke the most to me, was Jesus' definition of greatness:

Sitting down, Jesus called the Twelve and said, “Anyone who wants to be first must be the very last, and the servant of all.”
- Mark 9:35

True greatness isn't being the first to climb the mountain, it's being the one helping others make their way to the top.  More plainly, by helping others reach the top, their achievement becomes your success.

Last year, I took a group of Boy Scouts hiking in the Mt. Adams wilderness.  Our goal was to summit the mountain in a single day.[ref]About half of our group made it. However, they weren't able to make it back down before nightfall and had to bivouac in the woods.  That is a story for another day...[/ref]  Due to my work schedule, I had to meet the guys in the woods on Saturday morning; I woke up at 3am because I had to meet the Scouts before they left for the summit.

Our plan was to leave camp by 7am and summit by 3pm, returning to camp around 7:30.  It would be a long, arduous day, but reaching the summit would be amazing.

When I'm hiking with the Scouts, my job is to bring up the rear.  I hang back, not because I'm slower than everyone else, but so I can keep all of the Scouts in the same spot and catch any problems that crop up.  Encouraging teenagers who fall behind - particularly when I'm tired and cranky, too - is difficult.  On our past two climbing trips, though, I've managed to get every single Scout up the mountain.

Part way up the hill - just below lunch counter[ref]I only made it to about 10,000 feet. Next time I hope to make it to the summit with better planning and preparation.[/ref] - I made the mistake of looking up. 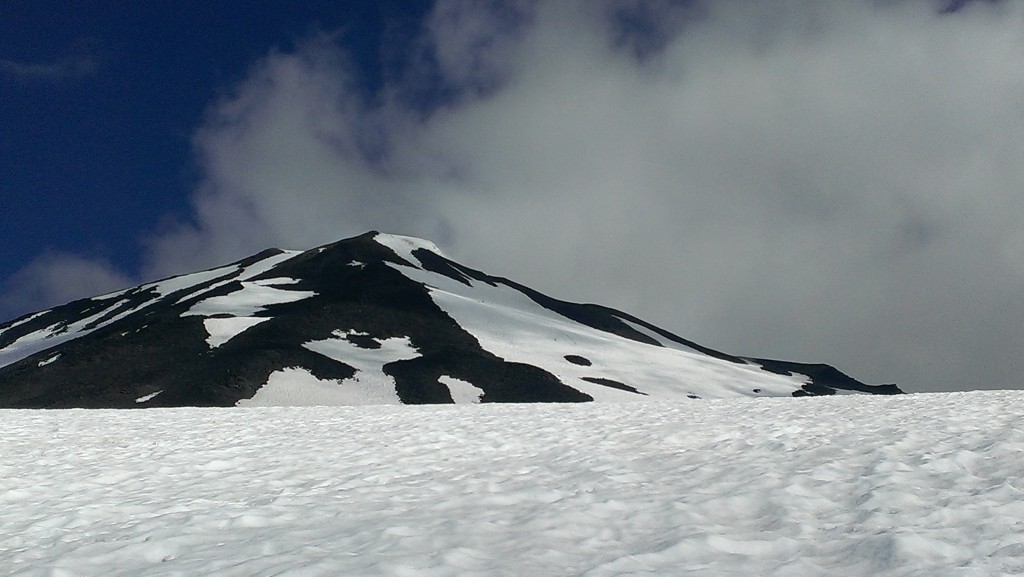 The false summit of Mt Adams, from a few hundred feet below the lunch counter.[/caption]

I couldn't even see lunch counter above the glacier I was on.  All I could see was the false summit.  Hikers cresting the false summit looked like little dots.  Like one father-son pair who'd already turned back to camp from exhaustion, I courted the idea of giving up.

I turned around to look for my climbing partner, and caught a glimpse of him just below me.  That, and a stunning view. 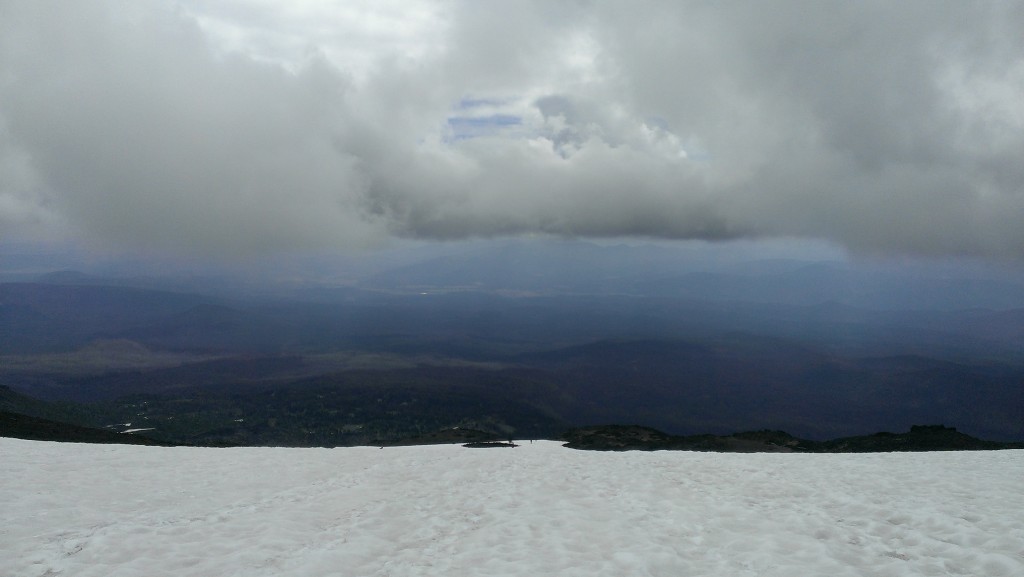 The valley below Mt Adams, through which I had been hiking for 6 hours.[/caption]

It's so easy for me to get hung up on an end goal and forget about the hard work that's taken me to where I already am.  Looking back at those still climbing the mountain isn't a way of looking down on them - it's a way of reflecting on the obstacles over which I've already scrambled.  An opportunity to help those coming along next.  And a chance to change dread of the future to eager anticipation.

This realization forced me to stop where I was and pen the following psalm:

Dwell not on the obstacles ahead;
Rejoice in those over which the Lord has already carried you.
For the nature of tomorrow is not set,
But yesterday can not be taken from you.

It's brought me great encouragement, particularly when faced with new challenges and ever-present imposter syndrome.  I hope you'll find it useful, too.