I wasn't born with an abundance of patience.  As a kid, I could rarely sit still for more than 5 minutes at a time, I stayed up all night in anticipation of big events, and I'd often ask "are we there yet" before we got to the end of our street.  Not an atypical story for a kid, unfortunately it's a phase I never really grew out of.

In college, a friend finally pointed out to me how annoying my impatience really was.  I wanted to get to a movie an hour early - my argument was to beat the rush for tickets, grab concessions, find a good seat, and plan for the eventuality of hitting traffic on the way.  The problem was that I was carpooling with a friend, and he had no intention of sitting around for an hour waiting for previews.

It's taken me years to learn patience, and it's an on-going effort for me.  But occasionally, I see reflections of my younger, more impatient self in others and I feel pretty convicted.

Last weekend, I went backpacking with the Boy Scouts.  We were camping in the Three Sisters Wilderness Area just outside of Bend and spent the majority of our Sunday climbing to the summit of the South Sister.  All in all we had a blast, but I also learned a lot about myself and my hiking companions through the trip. 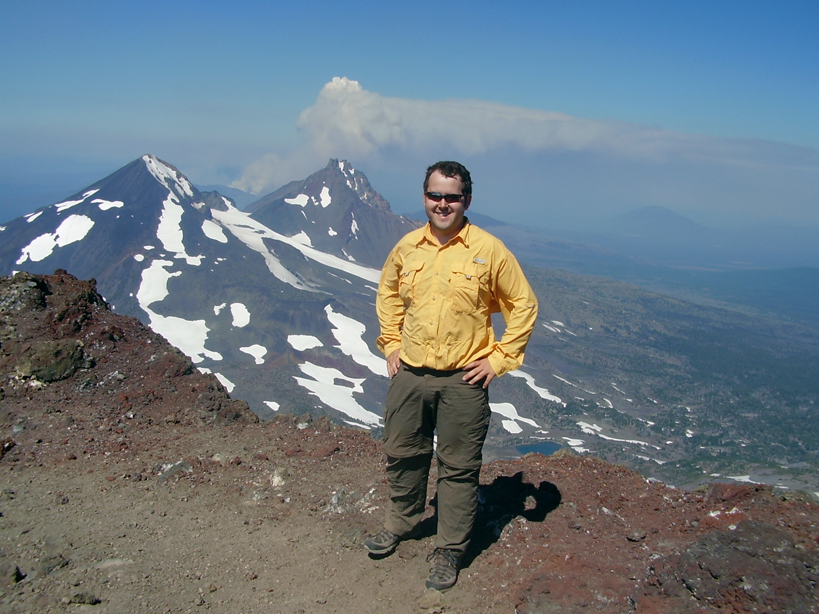 Considering they're all substantially younger than me (the oldest was about 15), I expected a certain amount of immature behavior.  The one that really struck me, though, was just how impatient they became once they got tired.

About halfway up the mountain, one of the Scouts started to have trouble hiking.  This was his first big trip, so he was struggling to keep up with the group and was taking rest breaks about every 10 minutes to catch his breath, drink some water, and just take a moment to muster the will to continue.

The other Scouts, though, rarely gave him an opportunity.

They would hike for a bit, see that he'd fallen behind, and stop to wait.  Kudos to them for waiting!  But once he caught up, rather than giving him a chance to stop and rest, they'd stand up and start hiking again.  Not wanting to fail the group, he'd keep trucking on and just exhaust himself even more.

A few times, the Scouts in the lead would get up just when he came close and start hiking again.

I understand how badly they wanted to continue, and how frustrated they were to have to wait for a less-fit hiker.  But I also know for a fact that I've been on both sides of that situation before.

I wasn't always the fastest hiker.  I'd fall behind and groups would have to wait for me.  Not wanting to upset my friends, I'd push myself as hard as possible and would refuse to take rest breaks myself.  This almost burned me out on backpacking when I was a kid, though.  We'd get home from a long trip, and I would sleep for half a day and not want to walk, run, or do anything for 3-4 days afterwards.

As I got older, my body got used to hiking.  I started setting the pace for the group and, though I hate to admit it, once managed to get more than an hour ahead of the slowest hiker in our group.  At the time I was irritated he'd come on the trip because I had to slow down for him.  I had to stop at trail junctions and wait, sometimes for an hour, so he wouldn't get lost in the backcountry.  Once or twice I might have even yelled at him because he was slow.

I was a teenager and didn't know any better, but it still doesn't make it OK.

So as I hung back this weekend to encourage our slower Scout and watched as his peers continuously left him behind, I was very disappointed.  Not necessarily in their behavior - though I was a bit dismayed by it - but by how thoroughly they reminded me of myself at that age.

The entire trip also forced me to reflect on my current attitudes towards others.  Have I really cultivated an attitude of patience?  Have there been times when I've hurt others in my haste to get things done?  Could anyone rightfully accuse me of impatience?